Prior to 2000, most water companies on Cedar Mountain hauled water or accessed unreliable wells and local springs, which would often times dry up in the summer or freeze in the winter.  These water companies installed water lines that were buried above the frost line making them inoperative 6 months out of the year.  Other systems deficiencies included the lack of regular water testing and reporting, poor back flow prevention, marginal groundwater zone protection and lack of storage capacity for fire flow.

KCWCD teamed up with the Department of Environmental Quality (DEQ) and began working with the local Duck Creek water boards and their membership to bring clean, reliable, year-round culinary water to Cedar Mountain residents. 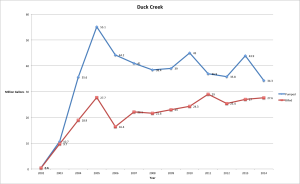 The Johnson Canyon (JC) area, east of Kanab, Utah has seen an increase of over 400 new homes in the last 10 years. In 1999, with the help of the Division of Drinking Water, the District was able to drill a well and construct a new water distribution system to serve the Johnson Canyon residents.  The system meets all state standards. 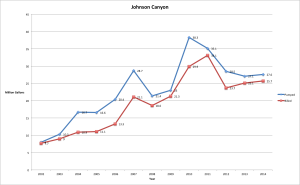 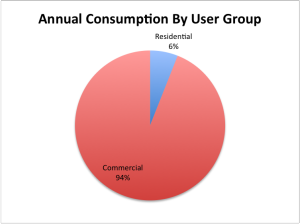