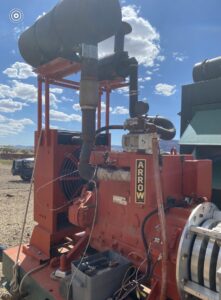 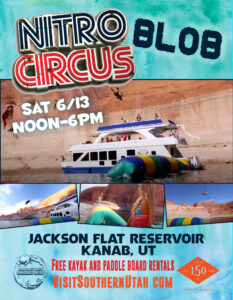 A public auction will be held on August 21, 2020 at 5 p.m. at the Kane County Water Conservancy District building located at 725 East Kaneplex Drive, Kanab, Utah for the sale of an Arrow Engine Company Model VRG 260 A42 Generator.  The generator will be sold as is with no warranty to the highest bidder.  For more information or for an inspection contact Amanda Buhler at (435) 644-3997 or Kanecowater@gmail.com.

The K-Town Turkey Trot was the perfect way to showcase the newly completed Sherry Belle Trail with nearly 250 participants gathering at Jackson Flat Reservoir on Thanksgiving morning for a family friendly 5K. The crowd gathered at the start line for the ceremonial ribbon cutting as Mike Noel honored his late wife,  Sherry Noel, who the trail was named after.  Sherry was a great advocate for trails and regularly promoted community health and wellness.

“We are proud to open the trail and appreciate everyone’s efforts in making this trail a reality,” said Kelly Brown, the project manager for Kane County Water Conservancy District.  Once the ribbon was cut, participants were off to the races on the paved asphalt trail, which loops around the outside of the reservoir.

The overall winner finished the race in just over 19 minutes.  Others walked, jogged, pushed strollers, and rode scooters.  There were even four legged participants that enjoyed the race! “It was great to have such an amazing turnout for this even and the demand for trails and recreational opportunities is clearly evident,” said Kelly Stowell, Kanab Trails Committee Chair.

Frozen turkeys were awarded to the top male and female finishers in each age division, and the first 200 participants to cross the finish line received a K-Town Turkey Trot Dog Tag.  The race committee is already gearing up for next year’s race and has some great ideas to make it bigger and better.  Count on this event to be a new Kanab Thanksgiving Day tradition.

The Sherry Belle Trail at Jackson Flat Reservoir is now open to non-motorized use during day-time hours.

For the Press Release click on the link below 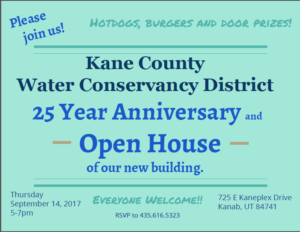 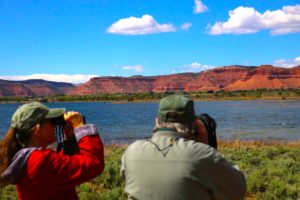 Spring Birding Event at Jackson Flat Reservoir sponsored by Wild Kane County held on Saturday April, 29, 2017.  Speaker Lisa Church, a wildlife biologist from the Bureau of Land Management, spoke to nearly 60 people in attendance about the different local species of birds found in the area.  After Lisa spoke, several birding experts set up spotting scopes around the reservoir to help others in attendance, spot the different species on the reservoir.  The Jackson Flat Reservoir has attracted multiple species that weren’t typically found in the area before the construction of the reservoir.  Birding is just one of the many recreational activities to take advantage of at the new reservoir. 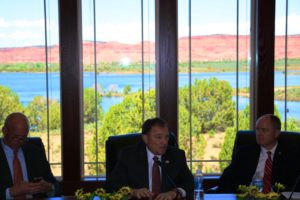 The Utah State Governor, Gary Herbert, came through Kane County and stopped at the KCWCD office building for lunch and a small meeting.  Many topics were discussed about the health of the county and things going on in Kanab, Utah.  Governor Herbert’s response when asked whether the state of Utah is on track with his initiative to reduce per capita water usage by 25% by the year 2025 was that “we are right on track.” The introduction of the Slow the Flow campaign has helped the public be more cognitive when using water to not waste as much by keeping the faucet on while brushing your team for example. You can accomplish the same thing by only turning it on when needed. The governor’s visit marks the second time that he has visited the water district at Jackson Flat, the first being the ground breaking ceremony of the reservoir.

Each month Kane County Water Conservancy District holds a board meeting where pertinent topics are discussed regarding different projects going on in Kane County.  Every month of July The District holds their board meeting up on Cedar Mountain at the Duck Creek Fire Station.  A dutch oven dinner and dessert is provided for the public before the board meeting to give back to the customers we serve and to encourage participation in our efforts to provide safe and reliable drinking water.  The photos above are a few of the moments caught at this year’s event. 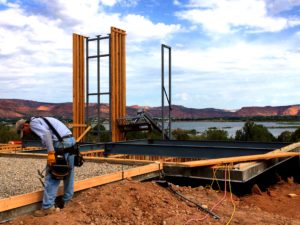 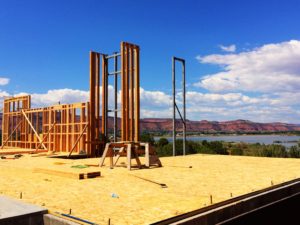 The KCWCD office building continues to see progression each week.  This weak’s construction consisted of the walls on the bottom floor being finished, the top level’s floor is complete, and the top floor’s walls have started going up.  Each week the website will be updated to see the progress. 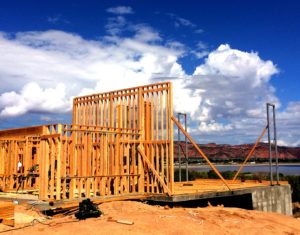 Can you tell we are excited to be in our new office building? 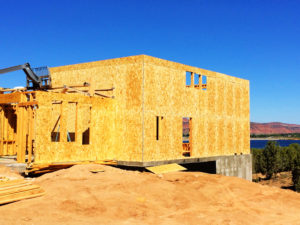 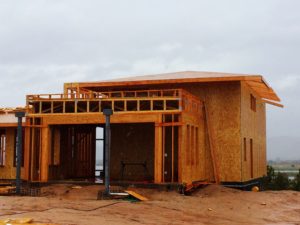 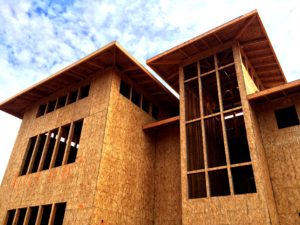 This is the back end of the office building.

The view from the conference room. 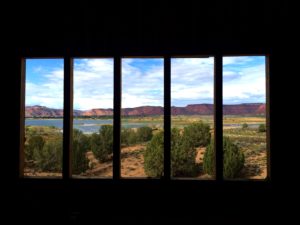 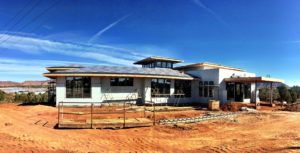 The office now has windows installed and is ready for roofing and stucco. Things are coming together nicely. 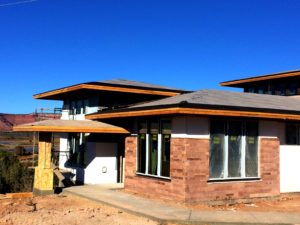 Brick and other aesthetics are now being added to the outside of the building with a new finish date of January 1st 2017. 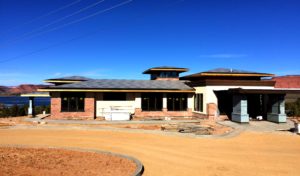 Stucco is finished on the building. 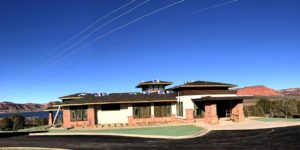 The temperature outside needed to be at least 50 degrees in order to lay the black top in the driveway and parking.  Temperatures were in the 40’s which caused delays.  Since then, the climate has warmed up and we now have parking.